Order, Supreme Court, New York County (Barry R. Ostrager, J.), entered February 3, 2017, which, insofar as appealed from, denied defendants' motion to dismiss the contract claim based on a software application and a related contract, unanimously modified, on the law, to grant the motion as to the software application, and otherwise affirmed, without costs.

Plaintiff purchased nonparty Cypress Insurance Group, Inc. and its subsidiaries (Cypress) from defendants pursuant to a Stock Purchase Agreement (SPA). In the SPA, defendant Onex Corporation undertook to provide plaintiff with a Closing Date Statement setting forth Cypress's adjusted book value as of the day before the closing, and plaintiff undertook to submit a Buyer's Objection within 90 days if it disagreed with the statement. If plaintiff and Onex could not resolve their dispute within 14 days, they would submit it to a Neutral Accounting Firm. Cypress also represented and warranted, inter alia, that a software application (the Application) that nonparty Systems Task Group International Ltd., d/b/a MajescoMastek (Majesco), had contracted to develop for it was "in adequate operating condition and repair."

After the SPA was entered into, but before the Closing Date, Cypress entered into the Third Addendum to Services Agreement (Third Addendum) with Majesco, which provided that Majesco would give Cypress a "services credit" every month for the balance of the term of the contract and that any outstanding balance owed by Majesco would be forfeited if the contracted was terminated early.

After receiving the Closing Date Statement, plaintiff submitted a Buyer's Objection arguing, in pertinent part, that the Application was worthless. The Neutral Accounting Firm to which the parties resorted when they were unable to resolve their dispute determined that "[u]nder GAAP [generally accepted accounting principles] and the Balance Sheet rules, the Application must be accounted for at fully amortized cost as of the Closing Date. Accordingly, . . . no change is required to [defendants'] most current calculation of Adjusted Book Value." On other issues, the Neutral Accounting Firm found for plaintiff. Subsequently, the parties agreed that payment by Onex to plaintiff of $1,559,258 would "be payment in full satisfaction of all claims raised in the Buyer's Objection" (the release).

Plaintiff alleges in its complaint, inter alia, that defendants breached the SPA by misrepresenting that the Application was in adequate operating condition and repair when it was defective and by executing the Third Addendum, which added to its contractual obligations, without its consent.

Although the Third Addendum arises out of the same transaction as the Application, res [*2]judicata does not apply to the claim based on it, because that claim could not have been brought in the purchase price adjustment procedure (see e.g. Marinelli, 265 AD2d at 8). The SPA limited the "scope of the disputes to be resolved by the Neutral Accounting Firm . . . to whether the items in dispute that were included in the Buyer's Objection were prepared in accordance with this Agreement." The Third Addendum was not included in the Buyer's Objection.

Nor does the doctrine of collateral estoppel bar the claim based on the Third Addendum, because that claim was not decided in the purchase price adjustment procedure (see Buechel v Bain, 97 NY2d 295, 303 [2001], cert denied 535 US 1096 [2002]). Although during that procedure plaintiff raised many of the same issues as in the case at bar, the only relevant issue that the Neutral Accounting Firm decided was that no change was required to the adjusted book value.

THIS CONSTITUTES THE DECISION AND ORDER


Primary Holding
After the First Department modified part of the trial court's order dismissing certain issues and affirmed the remainder of the trial court's order denying defendants' motion to dismiss other issues, the case proceeded to trial in the New York County Commercial Division. After a four-day bench trial in March 2019, Plaintiff was awarded a judgment in April 2019 in the amount of $4,978,527. The judgment was comprised of $2,614,014 on Plaintiff's Policy Fee Breach and Third Addendum Breach claims, $1,114,513 in pre-judgment interest, and $1,250,000 in attorneys fees.
Attorneys 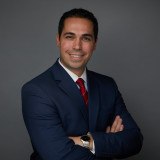