NOT FOR PUBLICATION WITHOUT THE

APPROVAL OF THE APPELLATE DIVISION

Before Judges Grall and Messano.

On appeal from Superior Court of New

Andrew G. Hegt argued the cause for

This is plaintiff's appeal from an order dismissing with prejudice her complaint sounding in legal malpractice. We reverse and remand for further proceedings.

Plaintiff Hong Jun Chen was represented by defendant Frank J. LaRocca in an action for divorce, equitable distribution, alimony and child support. Prior to trial, plaintiff and her husband entered into a settlement agreement that is incorporated in their dual final judgment of divorce. That judgment was entered on August 8, 2006.

On July 16, 2008, plaintiff filed a complaint alleging that LaRocca failed to uncover her ex-husband's income and pension resulting in a recommendation by a matrimonial early settlement panel that was based on false financial information; later learned but failed to advise her that her husband's earnings were higher; charged her excessive fees causing her to accept an inadequate settlement; added a clause to the property settlement agreement without her knowledge and approval; and filed the case in a way other than he had promised. She also identified the harm she allegedly sustained as a result of LaRocca's conduct. She asserted that she did not get as much alimony, pension and child support as she should have received. LaRocca filed an answer, counterclaim and notice of his intention to seek fees for frivolous litigation on October 22, 2008.

On January 8, 2009, plaintiff filed a motion to compel LaRocca to produce her file on the divorce case. Among the documents submitted in support of her application is a letter of November 5, 2008 from a member of LaRocca's firm. It provides: "[A]s your file is voluminous, you can still have an addition [sic] copy of these documents . . . if you will advance costs of reasonably [sic] copying at twenty-five cents ($0.25) per page, and you can schedule a time to visit our office to inspect the documents and decide which documents you would like requested [sic]." While plaintiff recited difficulties she encountered in attempting to get access to her file prior to November 5, 2008, she did not describe any subsequent efforts.

On January 9, 2009, LaRocca filed a motion to dismiss plaintiff's complaint "for failure to state a claim upon which relief may be granted, pursuant to R. 4:6-2(e)." LaRocca's motion was supported by nothing other than a "legal brief." In that brief he argued: "[p]laintiff has not plead[ed] any facts, but simply a statement of [p]laintiff's position and [p]laintiff's conclusion."

In response, plaintiff characterized her litigation as a "malpractice lawsuit based on defendant's wrongful conduct in his representation of [her]" in the divorce litigation. She further asserted that her complaint included a description of "incidents and events that formed the bases of [her] malpractice claim."

LaRocca replied with a letter to the judge in which he claimed, for the first time, that plaintiff had not complied with the affidavit of merit statute, N.J.S.A. 2A:53A-26 to -29.

The trial judge decided the motions on the papers submitted. Although LaRocca had not raised the issue of compliance with the affidavit of merit statute in his moving papers, the judge entered an order dismissing plaintiff's complaint, with prejudice, pursuant to Rule 4:6-2(e) and on the additional ground that plaintiff "failed to provide an affidavit of merit pursuant to N.J.S.A. 2A:53A-29." No further explanation of the judge's findings and reasons was provided.

This appeal raises two preliminary questions relevant to exercise of our jurisdiction. First, it is not clear whether the order of dismissal is interlocutory. Although both parties have indicated that all issues have been disposed of, no one has provided any order or application to withdraw indicating that the claims raised by LaRocca have been resolved. Second, because the notice of appeal was filed two days after the expiration of the forty-five-day period permitted, R. 2:4-1(a), the notice of appeal was not timely filed. Considering the de minimis delay and the significance of the order dismissing this claim with prejudice, there is adequate cause for a grant of an extension of time to file and leave to appeal as within time in the interest of justice. See R. 2:2-4; R. 2:4-4(b)(2).

The court erred by dismissing this complaint with prejudice for failure to comply with the affidavit of merit statute. Because LaRocca did not seek dismissal on that ground in his moving papers and raised the issue only by way of letter to the judge submitted after plaintiff filed her opposition to the motion, plaintiff had insufficient notice and no reasonable opportunity to demonstrate either substantial compliance or other circumstances excusing non-compliance. See Galik v. Clara Maass Medical Ctr., 167 N.J. 341, 353-56 (2001); Hubbard v. Reed, 168 N.J. 387, 394-95 (2001). In this circumstance, a dismissal with prejudice for failure to comply with the statute effectively deprived plaintiff of the process due under our Rules of Court. See R. 1:6-3 (specifying time for filings on motions).

We turn to consider the propriety of the trial judge's dismissal with prejudice for failure to state a claim pursuant to Rule 4:6-2(e). Courts must "approach with great caution applications for dismissal under Rule 4:6-2(e)." Printing Mart-Morristown v. Sharp Elec. Corp., 116 N.J. 739, 771 (1989). Motions to dismiss on that ground "should be granted in only the rarest of instances," and even when dismissal is appropriate, it "should be without prejudice to a plaintiff's filing of an amended complaint." Id. at 772.

The question is the adequacy of the pleadings, and the test is "whether a cause of action is suggested by the facts." Id. at 746 (internal quotations omitted). The determination requires a "meticulous and indulgent examination" of the pleadings without regard to the plaintiff's ability to establish the facts alleged. Id. at 772.

The plaintiff's ability to prove the allegations is relevant only when "matters outside the pleading are presented to and not excluded by the court" and the motion is treated as one for summary judgment and in conformity with Rule 4:46.

There is absolutely no indication that the trial judge examined the plaintiff's complaint in accordance with the well-established standards set forth above. Moreover, contrary to Rule 1:7-4, the judge provided no explanation of the findings and reasoning that led him to conclude that it was appropriate to dismiss this complaint with prejudice. Although we must apply the same standards as a trial judge in reviewing a complaint dismissed pursuant to Rule 4:6-2(e), see Printing Mart, supra, 116 N.J. at 746, 772, that does not relieve the trial court of its obligation to explain its decision.

Reading this complaint with the requisite meticulousness and indulgence, it suggests an action for legal malpractice. Plaintiff's assertion that LaRocca represented her in an action for divorce suggests the essential attorney-client relationship giving rise to a duty. Her allegation that LaRocca had information about her former husband's income that he did not share with her prior to her acceptance of the property settlement agreement suggests a breach of the attorney's duty. Finally, there are allegations suggesting a breach that was the proximate cause of harm but for LaRocca's failure to advise plaintiff of what he knew about her former husband's income, she would not have accepted the amount of alimony and child support provided in the agreement.

The order of dismissal with prejudice is reversed and the matter is remanded for further proceedings. We do not retain jurisdiction.

Although we granted LaRocca leave to supplement the record, we have considered only those materials that were submitted to the trial judge on the motions.

Facts
This case arose after the litigant settled her matter directly with her husband with the assistance of her witnesses and an interpreter while the attorney was arguing a motion in chambers. The litigant then refused to pay for trial preparation, which issue later resolved in fee arbitration with a settled sum. After the appellate division remanded the matter the attorney won on summary judgment after obtaining his own expert. His cross claim against the litigant survived and was later resolved. 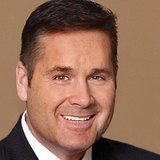