Read more
Want to stay in the know about new opinions from the Supreme Court of Mississippi? Sign up for free summaries delivered directly to your inbox. Learn More › You already receive new opinion summaries from Supreme Court of Mississippi. Did you know we offer summary newsletters for even more practice areas and jurisdictions? Explore them here.
Download PDF
Case Commentary
Justia erroneously categorizes this as criminal law matter. It involves civil service of process. Issue: Whether delay in seeking final determination of damages after entry of judgment of default should be considered in determining whether there is good cause to enlarge the 120 days period for service of process long after it expired. Lesson: Finalize the judgment within reasonable time. 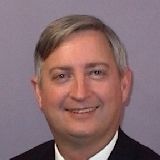 Get free summaries of new Supreme Court of Mississippi opinions delivered to your inbox!