Daughter Janay Milbourne (“Janay”) filed a caveat asserting that Edison Milbourne’s January 2013 Will was invalid because it had been procured by undue influence by sister and guardian Vashti Milbourne (“Vashti”); because it had been revoked by Edison; because it had been improperly executed; and because Edison lacked testamentary capacity to make the will in the first place. The Probate Court rejected all of these contentions on summary judgment motions except the first; the court found that a question of fact remained on the issue of undue influence. Vashti disagreed with that decision, and the Supreme Court granted her application for an interlocutory appeal. Janay, meanwhile, filed a cross appeal of the probate court’s grant of summary judgment to Vashti on the issue of revocation. Because the probate court was correct that an issue of fact remains on undue influence, and in its conclusion that Edison did not revoke his January 2013 will, the Supreme Court affirmed both judgments.

Read more
Download PDF
Primary Holding
The Supreme Court determined that the trial court properly exercised its discretion in denying summary judgment to the propounder of the Will. The trial court determined that a trial was necessary to resolve the issue of whether the will propounded is valid. The Supreme Court also determined that the testator did not revoke his will through any statements or actions.
Facts
Mr. Milbourne had a lawyer prepare a will for him while he was under a guardianship after he suffered a severe closed head injury. The guardian is the primary beneficiary of the will. Mr. Milbourne's only child challenged the will as having been created while Mr. Milbourne was under the undue influence of the guardian.
Attorneys Issues & Holdings

Case Commentary
This case makes clear that only in the most unusual of circumstances can summary judgment be granted when the issue before the court is whether a testator was unduely influenced to create a will.

Lead the Pack - Get Featured. Get Found
Contributors 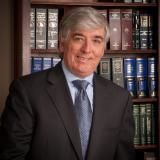 Robert W. Hughes Jr. Probate, Elder Law, Estate Planning Lawrenceville, GA
Milbourne v. Milbourne
Primary Holding
The Supreme Court determined that the trial court properly exercised its discretion in denying summa...
Facts
Mr. Milbourne had a lawyer prepare a will for him while he was under a guardianship after he suffere...
Attorneys