Receive free daily summaries of new opinions from the U.S. Court of Appeals for the Ninth Circuit. Subscribe

After Nóirín Plunkett accused Michael Schwern of raping her and he was arrested, he filed suit against Plunkett for defamation, intentional infliction of emotional distress, and intentional interference with economic relations. Plunkett filed a special motion to strike under Oregon’s anti-SLAPP law, Or. Rev. Stat. 31.152(4), but the district court denied the motion. The court held that it has jurisdiction to review denials of Oregon anti-SLAPP motions in light of Oregon's passage of amendments to create a right of immediate appeal from denials of anti-SLAPP motions. On the merits, the court concluded that a reasonable trier of fact could not find that Schwern met his burden of production to support a prima facie case with substantial evidence. Because Schwern failed to establish a prima facie case through substantial evidence, Plunkett was entitled to relief under Oregon’s anti-SLAPP law. Accordingly, the court reversed and instructed the district court to grant the motion to strike. 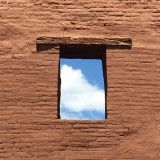