A forklift backed over Hutchison’s foot while it was loading his tractor‐trailer. Hutchison’s employer, Borkholder, who owned the forklift, had contracted with Fitzgerald to provide maintenance on the forklift. Hutchison sued Fitzgerald, alleging that Fitzgerald was negligent in failing to warn Borkholder to install a backup alarm and was liable in concert with Borkholder for failing to install such an alarm. The Seventh Circuit affirmed summary judgment for Fitzgerald. OSHA regulations did not require backup alarms on forklifts at the time of the accident; Borkholder, as the owner, was responsible for deciding whether to install a backup alarm. The duty to warn does not encompass a duty to recommend optional safety features to an owner who already knows about them. Hutchison has no evidence of unequal knowledge between Fitzgerald and Borkholder giving rise to a duty to warn. Even if Hutchison had established a voluntary undertaking, he has not established a breach; the mere knowledge of a risk does not impose an affirmative duty. Hutchison has not shown Fitzgerald increased the risk by failing to recommend the installation of a device that was not required nor requested, that was already known to Borkholder. Hutchison has no evidence that he relied to his detriment on Fitzgerald to recommend that Borkholder install a backup alarm. There is no plausible inference that Fitzgerald substantially assisted Borkholder in breaching a duty to Hutchison

Read more
Want to stay in the know about new opinions from the Seventh Circuit US Court of Appeals? Sign up for free summaries delivered directly to your inbox. Learn More › You already receive new opinion summaries from Seventh Circuit US Court of Appeals. Did you know we offer summary newsletters for even more practice areas and jurisdictions? Explore them here.
Download PDF
Primary Holding
The Appellate Court affirmed summary judgment in favor of third-party servicing company, Fitzgerald Equipment Co., as related to Plaintiff Hutchison’s claims for negligence and in-concert liability.
Facts
Stanley Hutchison worked as a truck driver. On August 19, 2013, Hutchison arrived at his employer’s facility in Metamora, Illinois with an empty tractor trailer to pick up a load of foam insulation. The trailer was being loaded by a co-worker using a forklift. While loading the trailer, Hutchison’s co-worker reversed the forklift and ran over Hutchison’s left foot. The co-worker did not see Hutchison while backing up the forklift, and Hutchison did not hear a backup alarm.

The contract specifically required Fitzgerald Equipment Co. “to perform the lubrication and operational maintenance inspection as described on the Operational Maintenance Report Form. The forklift was not designed, manufactured, or shipped to its original purchaser with a backup alarm, nor were there any regulations as of August 19, 2013 (the date of the accident) that required such an alarm to be installed on the forklift.

Fitzgerald Equipment Company serviced this particular forklift several times in 2013 prior to the date of the accident. The technician that performed the servicing was unable to recall whether the forklift had a backup alarm, but his inspection reports did not make note of any malfunctioning backup alarm.

Issue: Duty to Warn
Holding: Hutchison argued that Fitzgerald Equipment Co. had unequal knowledge of the risks and hazards of operating a forklift without a backup alarm, and therefore had a duty to warn Borkholder (Hutchison’s employer) of those dangers.

However, the parties disputed whether the forklift even had a backup alarm, let alone one that was not operating and in need of repair.

In addition, another forklift owned by Borkholder (Hutchison’s employer) that was not serviced by Fitzgerald Equipment Co. did have a backup alarm. The court reasoned that this showed “Borkholder was well aware of the availability and use of backup alarms”.

OSHA regulations did not require backup alarms on forklifts at the time of the accident.

The court stated that “[t]he duty to warm does not encompass a duty to recommend optional safety features to an owner who already knows about them.”

Issue: Voluntary Undertaking
Holding: In Illinois, a party to a contract may be liable in tort to a third party who otherwise has no enforceable rights under the contract under a voluntary undertaking theory of liability. Hutchison alleges that Fitzgerald Equipment Co. took on the responsibility to advise Borkholder (Hutchison’s employer) to install a backup alarm on its Caterapillar forklift if other forklifts at the facility had backup alarms.

The court disagreed, noting that “under the voluntary undertaking theory of liability, the duty of care to be imposed upon a defendant is limited to the extent of its undertaking.” Fitzgerald Equipment Co.’s undertaking in this circumstance was “to perform the lubrication and operational maintenance inspections.” The court wrote that Hutchison had not pointed to any evidence establishing that Fitzgerald Equipment Co. undertook any additional duty outside the scope of the agreement.

The court also related that “mere knowledge of a risk does not impose an affirmative duty”, and that Hutchison failed to show that Fitzgerald Equipment Co. increased the risk of harm by failing to recommend the installation of a backup alarm on the offending forklift.

Hutchison also failed to establish that Fitzgerald Equipment Co. “supplanted Borkholder’s duty to conduct daily inspections and maintenance on the Caterpillar forklift.” The court noted that there was no evidence in the record that Fitzgerald had the power, absent Borkholder’s authorization, to install a backup alarm.

Nor was Hutchison able to show that he relied on Fitzgerald Equipment Co. to his detriment. In order to claim nonfeasance (omission to perform a voluntary undertaking) as opposed to misfeasance (negligent performance of a voluntary undertaking), Illinois requires that a plaintiff show he relied on the defendant’s actions. Here, Hutchinson failed to establish the reliance required to prove such nonfeasance.

Issue: In-Concert Liability
Holding: In-concert liability is a relationship between tortfeasors in which one tortfeasor acting in concert with others is legally responsible for the actions of the other individuals. Hutchison’s claim fails because his allegations against Fitzgerald Equipment Co. are based upon Fitzgerald’s failure to install and / or repair a backup alarm on the forklift. Hutchison argued that “Borkholder committed a tort by operating a forklift without a critical safety feature, and that Fitzgerald Equipment Co. substantially encouraged the tortious conduct by failing to recommend installation of an alarm.”

However, in Illinois a defendant cannot be held liable under in-concert liability for failing to act. The defendant must “affirmatively assist” in the tortious act. It is not enough that a defendant assist or encourage in a tort. Illinois does not equate failing to prevent certain conduct with actively encouraging that conduct.

Case Commentary
When the moving party has carried its burden in a motion for summary judgment, its opponent must do more than simply show that there is some metaphysical doubt as to the material facts. In this case, Plaintff Hutchison’s arguments were not well grounded in the evidence that was presented to the court. Sometimes the facts in a case are insurmountable, and it is folly to persist in specious arguments absent any factual basis. 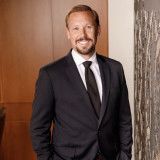 Get free summaries of new Seventh Circuit US Court of Appeals opinions delivered to your inbox!