Bell and Robinson entered a Philadelphia store, wearing stockings over their faces. Bell grabbed an employee’s neck, pointed a weapon and threw the employee to the ground, then took cash from the register. The employee grabbed Bell. Bell hit the employee with the weapon, causing the weapon to break. The employee then realized the firearm was actually a plastic gun; he stood and attempted to stop the robbery. Bell and Robinson fled the store with $1,000.00 in cash. Bell dropped his hat, which was seized by the police for DNA testing. Approximately one year later, the police obtained a warrant for Bell’s DNA. Officers went to Bell’s residence to execute the warrant and found Bell hiding on the roof outside his bedroom window with a bag containing ammunition.

Download PDF
Primary Holding
Third Circuit upholds a sentencing enhancement for a dangerous weapon where the defendant used a toy gun but vacates an enhancement for physical restraint.
Case Commentary
Not only are your summaries wrong by being skewed to the left, you grammar is consistory and embarrassing WRONG. Your article says
“ the victim was not left with no alternative”. Are you kidding? 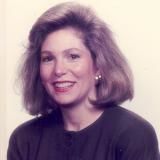