LS, a trucking company, also operates as a broker of construction trucking services. Under a 2009 oral agreement between LS and Cheema, Cheema purchased a Super Dump Truck, with the understanding that LS would purchase the truck’s detachable box from Cheema. As the box owner, LS would give priority to Cheema in dispatching assignments to Cheema as a subhauler. The parties entered a written “Subhauler and Trailer Rental Agreement” under which Cheema would submit to LS completed freight bills for all hauling that he performed for LS; LS would prepare statements showing the amount billed payable to Cheema, less a 7.5 percent brokerage fee and, if the work was performed with a box owned by LS, a 17.5 percent rental fee. Cheema began providing hauling services. Cheema claimed that because LS failed to pay him the $32,835.09 purchase price of the box, it remained his, and LS was not entitled to deduct rental fees from the payments due him. In June 2010, LS began paying Cheema $1,000 a month for nine months, noting on the checks that the payments were repayment of a “loan.” Cheema recovered damages from L.S. for having been underpaid and untimely payments. The court of appeal affirmed but remanded for calculation of prejudgment interest and penalty interest (Civil Code 3287, 3322.1), rejecting LS’s argument that the parties’ oral agreement for Cheema to sell it the box, justifying its deductions for rental, was enforceable. 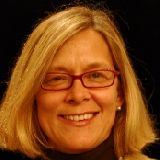