In 2005, John Sebo purchased a home. American Home Assurance Company (AHAC) provided homeowners insurance as of the date of the purchase. It later became clear that the house suffered from major design and construction defects when water began to intrude during rainstorms. Hurricane Wilma further damaged the residence. AHAC denied coverage for most of the claimed losses. Sebo sued AHAC seeking a declaration that the policy provided coverage for his damages. The jury found in favor of Sebo, and the trial court entered judgment against AHAC. The Second District Court of Appeal reversed and remanded for a new trial, concluding that coverage did not exist under Sebo’s all-risk policy when multiple perils combined to create a loss and at least one of the perils was excluded by the terms of the policy. The Supreme Court quashed the Second District’s opinion, holding that the plain language of the policy did not preclude recovery in this case.

Read more
Download PDF
Primary Holding
Sebo really stands for the proposition that Florida follows the concurrent causation doctrine if the exclusion at issue does not have what the industry calls “anti-concurrent causation” language. 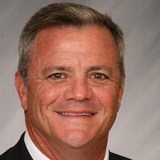