Annotate this Case
Download PDF
Primary Holding
Pursuant to Signleton, the Court found that after failed foreclosure attempt a new default triggers a new cause of action even when acceleration has occurred. The statute of limitation did not bar a new lawsuit based on a default subsequent to the failed foreclosure attempt.
Facts
In May 2006 the Bartrams borrowed $650,000 from the former lender in interest to purchase real property which was secured by a note and mortgage. Thereafter, the Bartrams divorced and the husband was required to buy out the wife's interest in the property; approximately $156,000. The former Mrs. Bartram, U.S. Bank now holding the note/mortgage and the HOA all held liens against the property.

In 2006 US Bank filed foreclosure and alleged acceleration of all payments due. In 2011, the former Mrs. Bartram filed a suit to foreclose her mortgage. Later in 2011 the court dismissed US Bank's 2006 case for failure to appear at a case management conference. The bank did not appeal the dismissal. In the former Mrs. Bartram;s case, Mr. Batram cross-claimed against US Bank seeking declaratory judgment as he was unsure of his obligations under the note and mortgage as the statute of limitations had run on US Bank to file another foreclosure action. In a second count he requested quiet title.

Mr. Bartram filed a motion for summary judgment on his crossclaim arguing that the statute of limitations has run out barring US Bank from foreclosing on its mortgage and note. US Bank argued that the statute of limitations prevented collection of some of the payments, but did not bar collection of payments that were missed within the 5 year period.

The trial court signed the summary final judgment against US Bank on crossclaim. The trial court quieted title in Mr. Batram and found that the bank had no ability to enforce its rights under the note/mortgage and cancelled both. Rehearing was filed for in 2012 and denied.
Attorneys Opinions

Sawaya, Orfinger and Evander JJ concurring. Certified question of great public importance to the Florida Supreme Court- Does acceleration of payments due under a note and mortgage in a foreclosure action that was dismissed pursuant to rule 1.420(b), Florida Rules of Civil Procedure, trigger application of the statute of limitations to prevent a subsequent foreclosure action by the mortgagee based on all payment defaults occurring subsequent to the dismissal of the first foreclosure suit?

Case Commentary
This case is now on appeal to the Florida Supreme Court at the time of this annotation with oral arguments set for October 2015. Frankly, the trial court got it right in this instance. Statute of limitations exist to bar untimely lawsuits so that a person does not have to be on guard perpetually against the the threat of an impending lawsuit; as well as forces creditors to timely bring their claims they have. If banks are perpetually allowed to foreclose based on subsequent defaults to dismissed cases, dismissed mainly because of their own bad conduct, then the justice system has failed homeowners and gone against codified statutes. The legislature specifically gave mortgage foreclosure statute of limitations of 5 years. Otherwise, they would have stated nothing in Section 95.11.

For obvious political reasons, not legal reasons, I expect the Florida Supreme Court to affirm the 5th DCA so as not to open the flood gates to hundreds if not thousands of quiet title actions by homeowners getting their homes free and clear of notes and mortgage. 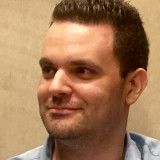