Receive free daily summaries of new opinions from the US Court of Appeals for the Sixth Circuit. Subscribe

Williams has a history of anxiety and depression, predating his employment with Grand Trunk Railroad, where Williams worked as an engineer beginning in 1995. In 2006, Williams consulted Dr. Bernick for hypertension, insomnia, anxiety, and depression. Dr. Bernick prescribed Xanax for Williams as a “stop-gap” measure it for his anxiety and depression, referred Williams to a psychiatrist, and advised Williams that he “shouldn’t work” during an anxiety episode if he would not feel safe. In December 2011, Williams missed eight days of work because of anxiety and depression. Grand Trunk deemed six days to be “unexcused absences” and terminated Williams in January 2012 for excessive absenteeism. Williams filed a complaint with the Occupational Safety and Health Administration (OSHA) for wrongful retaliation and termination. OSHA dismissed because Williams’s absences for a “non-work-related illness” did not constitute qualifying “protected activity.” An ALJ held that Williams had engaged in protected activity because he was following his physician's treatment plan and the protected activity was a factor in the decision to terminate Williams’s employment. The Department of Labor’s Administrative Review Board affirmed, declining to apply Third Circuit precedent that the Federal Railroad Safety Act’s “Prompt medical attention” clause, 49 U.S.C. 20109(c) only applies to treatment plans for on-duty injuries. The Sixth Circuit disagreed. Subsection (c)(2), like subsection (c)(1), applies only to on-duty injuries. 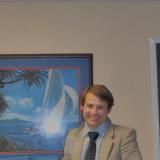