Defendant plead guilty to conspiracy to possess and distribute cocaine, cocaine base, heroin, and marijuana, and being a felon in possession of a firearm. The court concluded that defendant's plea was not entered voluntarily, knowingly, and intelligently. The court explained that, in the plea hearing, the impression was given that there was a range of sentencing options: the judge spoke of "the potential sentences"; the prosecutor gave an account of multiple maximum and minimum sentences, discussed supervised release, and warned of the forfeiture of rights (including the right to hold public office); and the court and prosecutor discussed Sentencing Guidelines ranges and judicial discretion to weigh the facts and circumstances. Furthermore, the sentencing transcript suggested that defendant's counsel may not have understood the inexorable nature of the sentence either, and defendant's assertion that he would have gone to trial if he knew that a life sentence was foreordained was rendered plausible by the arresting fact that he derived absolutely no benefit or advantage from the plea. Accordingly, the court vacated the plea, directed that the case be reassigned, and remanded for further proceedings.

Read more
Download PDF
Primary Holding
A guilty plea operates as a waiver of constitutional rights and is valid only if entered voluntarily, knowingly, and intelligently, with sufficient awareness of the relevant circumstances and likely consequences. A court must address the defendant in open court and determine that the defendant understands a long list of things, including the maximum possible penalty, and any mandatory minimum penalty.

The discussion of several “possible” sentences during the plea colloquy undermined the plea, which would have been valid only if the defendant had sufficient awareness of its likely consequence. The guilty plea was vacated and the case remanded with an order that the case be reassigned.
Facts
Calvin Johnson was indicted on one count of participating in a drug-trafficking conspiracy, and one count of possession of a firearm by a felon. The drug count carried a maximum sentence of life imprisonment and a mandatory minimum that depended upon the application of prior-felony enhancements. The baseline was a mandatory minimum of ten years; one prior conviction for a felony drug offense raised the mandatory minimum to twenty years, two prior drug convictions made Johnson eligible for a mandatory life sentence. The government filed and information seeking enhancements and established that Johnson had twice been convicted for criminal sale of a controlled substance. Johnson and his lawyer Lee Kindlon appeared before U.S. District Court Judge McAvoy and entered a guilty plea; there was no plea agreement. During the colloquy the judge McAvoy asked Johnson if Kindlon had explained to him the potential sentences or consequences of pleading guilty, and Johnson answered yes; the judge asked him if he understood them, and Johnson said he had. Judge McCoy accepted the plea, and later sentenced Johnson to the mandatory life sentence.
Shortly after his sentencing Johnson sent a letter to Judge McCoy requesting that his plea be withdrawn, and his attorney be replaced.
Attorneys Issues & Holdings

Issue: Whether motion to withdraw guilty plea should have been granted
Holding: Yes 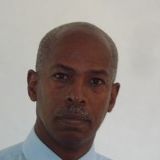 Quentin Douglas Driskell Esq. Appeals & Appellate, Criminal Law, Employment Law Washington, DC
United States v. Johnson
Primary Holding
A guilty plea operates as a waiver of constitutional rights and is valid only if entered voluntarily...
Facts
Calvin Johnson was indicted on one count of participating in a drug-trafficking conspiracy, and one...
Attorneys