Plaintiff, a Columbia University student, appealed the dismissal of his amended complaint for failure to state a claim. Plaintiff alleged that the University violated Title IX of the Education Amendments of 1972, 20 U.S.C. 1681 et seq., and state law, by acting with sex bias in investigating him and suspending him for an alleged sexual assault. The court concluded that the complaint meets the low standard described in Littlejohn v. City of New York, by alleging facts giving rise to a plausible minimal inference of bias sufficient to survive a motion to dismiss, which the court held applies to Title IX cases. In this case, the complaint alleged that both the investigator and the panel declined to seek out potential witnesses plaintiff had identified as sources of information favorable to him; the investigator and the panel failed to act in accordance with University procedures designed to protect accused students; and the investigator, the panel, and the reviewing Dean reached conclusions that were incorrect and contrary to the weight of the evidence. Accordingly, the court vacated and remanded.

Read more
Download PDF
Primary Holding
The court repeatedly emphasized the “minimal plausible inference” that the plaintiff must satisfy when alleging discrimination. This low pleading burden comes about as a result of the burden-shifting framework first established by the U.S. Supreme Court in McDonnell Douglas Corp. v. Green. Plaintiffs must merely plead facts that give rise to a plausible satisfaction of the first part of of the McDonnell Douglas framework.
Facts
A female student accused a male athlete at Columbia University of sexual assault. He maintained throughout the school’s investigation that the sex was consensual. Columbia found, however, that he had “directed unreasonable pressure for sexual activity toward [the classmate] over a period of weeks” and that “this pressure constituted coercion [so that] the sexual intercourse was without consent.” Columbia suspended Doe for three semesters. Doe sued Columbia for violations of federal and state law on the ground that Columbia failed to properly investigate the matter because its disciplinary process is biased against men.

The allegations supporting the inference of bias included that the university’s investigator and the panel (1) declined to seek out potential witnesses that the plaintiff had identified as sources of information favorable to him, (2) failed to follow the university’s procedures designed to protect accused students, and (3) along with the reviewing dean, reached conclusions that were contrary to the weight of the evidence.

These allegations showed biases. Additional allegations gave “ample plausible support” to the assertion that the bias was because Doe was a man. Doe alleged that, prior to his disciplinary hearing, there was substantial criticism of the university in the student body and in the public media asserting that Columbia did not take seriously complaints of female students alleging sexual assault by male students.

The administration was aware of, and sensitive to, these criticisms so much that Columbia’s president called a school-wide open meeting with the dean to discuss the issue. “Against this factual background, it is entirely plausible that the university’s decision-makers and its investigator were motivated to favor the accusing female over the accused male, so as to protect themselves and the university from accusations that they had failed to protect female students from sexual assault.”
Case Commentary
"The general perception in the legal community has been that men faced a difficult road in alleging sex discrimination after being disciplined by a school. Prior to Doe, only one court had not dismissed a male student’s complaint of sex discrimination in these proceedings.

The Second Circuit’s decision to vacate the dismissal and remand the case for discovery is significant if only because it marks a pivot in how courts handle these cases. It is also the first decision by a court of appeals to address the pleading requirements for men who allege sex discrimination in a university or college’s internal disciplinary process. Doe will have an impact on similar cases across the country and schools will need to consider how to provide an impartial process to accused students." 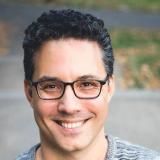