Receive free daily summaries of new opinions from the US Court of Appeals for the Tenth Circuit. Subscribe

Plaintiff Bridgette Marlow sued her employer The New Food Guy, Inc., d/b/a Relish Catering, under the Fair Labor Standards Act (FLSA). The FLSA required employers to pay a minimum wage of $7.25 per hour, plus time and a half for overtime. Relish paid Ms. Marlow $12 an hour and $18 an hour for overtime. Despite this, Marlow claimed Relish was obligated to turn over to her a share of all tips paid by catering customers. She relied on the tip-credit provision of the FLSA, which was directed to employers who satisfy their minimum-wage obligations in part with tips retained by their employees, and on a regulation promulgated by the Department of Labor (DOL) purportedly interpreting that provision. The Tenth Circuit was not persuaded by this argument, finding the tip-credit provision does not apply in this case and that the regulation was beyond the DOL’s authority. The law’s “silence” about employers who decline the tip credit was no “gap” for an agency to fill. Instead, the text limits the tip restrictions in the statute to those employers who take the tip credit, leaving the DOL without authority to regulate to the contrary.

Read more
Download PDF
Primary Holding
An employer that pays its employees a set wage greater than the minimum wage does not violate the FLSA when it retains tips paid by customers.
Case Commentary
With the 9th Circuit conflict, this case could go to the Supremes. I think that the 10th Circuit position of this judge will not stand. 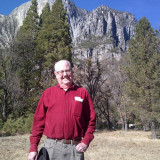