Colorado Court of Appeals, Div. I.

This case was transferred from the Supreme Court pursuant to statute.

Plaintiff William Pena, a minor, brought this action by his mother, as next friend, against the defendants to recover damages for personal injuries sustained in an automobile collision. Plaintiff's parents, Marie Pena and Frank Pena, in a separate claim for relief, sought to recover medical expenses incurred by them for the treatment of their son's injuries. They also sought to recover for loss of earnings of their son, who was sixteen years old at the time he was injured.

The case was tried to the jury. Verdicts were returned in favor of William Pena in the sum of $50,000, and in favor of his parents in the sum of $8,063. Defendants, appearing here as plaintiffs in error, seek reversal of the judgments entered on the verdicts.

Plaintiff was injured on July 21, 1964, when the car in which he was riding collided with a truck driven by the defendant Bruckman and owned by the defendant Armored Motors Service. On June 11, 1965, plaintiff was injured in a second collision and certain injuries he had sustained in the first collision were aggravated. This action was commenced on June 25, 1965, and the only defendants named in the action are the owner and driver of the truck involved in the first collision.

In seeking reversal, defendants assert that the court was in error in one of its instructions to the jury and in entering an order which limited defendants' evidence concerning the second accident and the claims arising therefrom.

The instruction complained of concerns the amount of damages recoverable from the defendants. The first part of the instruction, which is a proper statement of the law applicable to the case, is as follows:

In addition to this correct statement of the law, the court further instructed the jury:

"But if you find that the evidence does not permit such an apportionment, then the Defendants are liable for the entire disability."

Defendants argue that this last statement in the instruction is in error. Counsel have cited no authority directly in point and we have found none. Accordingly, we decide the case as one of first impression.

The pre-existing condition in the Newbury case was of nontraumatic origin, but the rules there announced also apply where the pre-existing condition was caused by trauma. Hylton v. Wade, 29 Colo.App. 98, 478 P.2d 690. The reasons for the adoption of the Newbury rules are not present here. it is one thing to hold a tort-feasor who injures one suffering from a pre-existing condition liable for the entire damage when no apportionment between the pre-existing condition and the damage caused by the defendant can be made, but it is quite another thing to say that a tort-feasor is liable, not only for the damage which he caused, but also for injuries subsequently suffered by the injured person. We hold that the defendants here cannot be held liable for the plaintiff's subsequent injury and this is so whether or not such damage can be apportioned between the two injuries.

The plaintiffs also rely on the case of Maddux v. Donaldson, 362 Mich. 425, 108 N.W.2d 33, 100 A.L.R.2d 1. This case involved a chain-type collision, and plaintiff's injuries resulted from successive impacts which to all intents and purposes were concurrent. The court there held that where independent concurring negligent acts have proximately caused injury and damage which cannot be apportioned between the tort-feasors, each tort-feasor is jointly and severally liable for all of the injury and damage. This rule is not applicable where, as here, the second injury or aggravation of the first injury is attributable to a distinct intervening cause without which the second injury or aggravation would not have occurred.

Prior to the trial, on plaintiffs' motion, the court entered an order designated as an "order to suppress prejudicial matters." This order permitted defendants to prove that plaintiff received an "injury" subsequent to the first accident, but prohibited defendants from mentioning certain "prejudicial matters." The order prohibited defendants from mentioning the fact that plaintiff was involved in a second accident or collision; or that plaintiff had made claims and had received compensation for injuries sustained in the second accident "without first obtaining permission of the court outside the presence of the jury." Defendants argue that this order should not have been entered, but we *569 rule that in the circumstances of this case the order was proper. It appears from the record that at a previous trial of this case the trial court was required to declare a mistrial because of improper references to records of the Industrial Commission concerning plaintiff's second accident. The order was necessary to prevent a second mistrial and to prevent irrelevant and inadmissible evidence from reaching the jury.

The trial court has authority to enter orders to control the subsequent course of the action, and such orders will not be reversed on appeal unless it is shown that the order operated to the prejudice of the rights of a litigant. No prejudice is demonstrated here. Counsel for the defendants, after objecting to this order, made an offer of proof in which he stated that he intended to show that plaintiff made a claim for compensation for the injuries he received in the second accident; that he later elected to proceed against a third party; and that such proceedings resulted in a settlement of plaintiff's claim. Evidence relating to the procedures of claiming and settling the damages for the second accident was immaterial and inadmissible and the court properly prevented defendants from bringing such matters to the attention of the jury. Furthermore, the order was not a final ruling on the admissibility of any evidence, but simply prohibited the use of certain evidence without obtaining permission of the court. We must assume that if defendants had offered evidence which was properly admissible, the court would have received it.

The court in its written order to suppress, and in discussing this order with counsel in chambers prior to the trial, ruled that defendants could show that plaintiff sustained a "subsequent injury," but that defendants could not offer evidence of the details of the accident. Evidence of the circumstances surrounding the accident would be relevant only as it bears on the nature, extent, character and severity of the second injury. Defendants offered no evidence of the circumstances of the accident for this purpose. However, on re-trial, if defendants can demonstrate that they have any material and competent evidence which is relevant to the question of the nature and extent of the subsequent injury, it should be admitted.

The judgment is reversed because of error in an instruction which relates only to the issue of damages. There is no error in the record affecting the issues of liability, and, therefore, this cause is remanded for retrial on the issues of damages alone.

Judgments reversed and cause remanded for a new trial on the issues of damages alone.

Primary Holding
The burden of proof remains on the plaintiff throughout a negligence case, extending to proving that a first accident caused injures that were exacerbated in a later accident.
Facts
While driving a truck owned by Armored, Bruckman caused an accident in which Pena was injured. About a year later, Pena was involved in another accident unrelated to Bruckman or Armored. He sued both Bruckman and Armored in a negligence claim. The judge instructed the jury to apportion the damages according to the proportionate responsibility of Bruckman, Armored, and the other unidentified party that caused the second accident.

However, the judge also told the jury that it could require Bruckman and Armored to pay the full amount of damages if it found that the evidence did not permit such an apportionment of responsibility. When the jury awarded $50,000 in damages to Pena, Bruckman and Armored challenged the second part of the instruction.
Opinions

Case Commentary
While the defendant technically won in that the court struck down the plaintiff-friendly jury instruction, it remains true that the defendant still would be liable for the aggravation of the injuries caused by the second collision, as long as the plaintiff could meet his burden of proof. 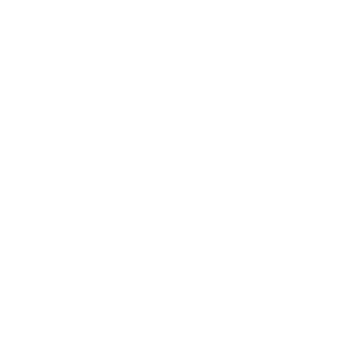 Chris Skelton Mountain View, CA
Bruckman v. Pena
Primary Holding
The burden of proof remains on the plaintiff throughout a negligence case, extending to proving that...
Facts
While driving a truck owned by Armored, Bruckman caused an accident in which Pena was injured. About...