James Kelly, as trustee of the Beverly Snodgrass Clark Inter Vivos 1999 Separate Property Trust, sued Barbara J. Orr, Joseph Holland, Gretchen Shaffer, and DLA Piper LLP (US) (Defendants) for professional negligence in relation to legal advice they provided to his predecessor trustee of the Trust. Defendants demurred on statute of limitations grounds, arguing his action was barred by the one-year statute of limitations under Code of Civil Procedure section 340.6. The trial court sustained Defendants' demurrer without leave to amend, and Kelly filed a timely notice of appeal. On review of the matter, the Court of Appeal concluded the statute of limitations was tolled under section 340.6, subdivision (a)(2), until March 22, 2013, the date Kelly alleged Defendants ceased representation of Kelly's predecessor trustee. Because Kelly filed suit on February 27, 2014, less than one year after Defendants ceased representation of the predecessor trustee, the Court of Appeal concluded Kelly's action was not time-barred. The Court reversed the judgment and remanded for further proceedings.

Read more
Download PDF
Primary Holding
The one-year statute of limitations under Code of Civil procedure section 340.6 did not begin to run until counsel ceased representing the Trustee of a Trust. Successor trustee was permitted to bring suit for professional negligence against predecessor trustee's attorneys within one year after termination of services under Code of Civil Procedure section 340.6(a)(2). Judgment reversed and remained for further proceedings.
Facts
The Settlor of a Trust died in 2002. After a Trustee of a Trust resigned in 2008, the daughter of the Settlor of the Trust took over as Successor Trustee and retained counsel to represent her in the Trust Administration. According to the terms of the Trust, the Successor Trustee named was the Plaintiff and Appellant, Kelly, not the daughter. The attorneys representing the daughter advised the daughter to act as Trustee and continue to do so, despite Notice of Removal properly served under the terms of the Trust. After a probate petition was filed in April 2012 to remove the daughter as Trustee, the parties entered into a settlement agreement and the daughter resigned as Trustee on or about March 22, 2013 and Kelly began acting as Trustee. Successor Trustee, Kelly, filed suit against the daughter's attorneys for professional negligence regarding the advice given to the daughter acting as Trustee on February 27, 2014. The defendants demurred to the Complaint, which the trial court sustained finding that Kelly's Complaint was time-barred, in that Kelly knew of the alleged negligence as early as April 2012, and no later than August 2012, when a second Notice of Removal was served on the daughter. The trial court further found that Kelly cited no authority to prevent Kelly from filing suit earlier than taking over the role of Trustee. The appellate court reversed holding that Code of Civil Procedure section 340.6(a)(2) tolled the statute of limitations, such that the period did not begin to run until the attorneys ceased representing the predecessor trustee.
Attorneys Opinions

Case Commentary
This case reiterates the successor fiduciary exception to the requirement of privity between the suing party and an attorney for malpractice claims. It is not an unusual case or new. In fact, the appellate court cited precedence in support of the exception to the general rule requiring privity. Attorneys, especially those practicing probate and estate law, must be cognizant of the potential exposure to professional negligence claims by non-client successor fiduciaries. The successor trustee assumes the predecessor's role and retains all rights, including attorney-client privilege. 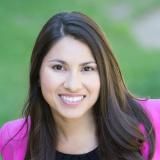 Candice A. Garcia Estate Planning, Probate, Business Law Ontario, CA
Kelly v. Orr
Primary Holding
The one-year statute of limitations under Code of Civil procedure section 340.6 did not begin to run...
Facts
The Settlor of a Trust died in 2002. After a Trustee of a Trust resigned in 2008, the daughter of th...
Attorneys